The First e-Manifest Bills Are Due… What Now?

The First e-Manifest Bills Are Due… What Now? 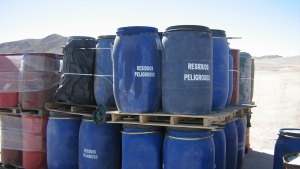 Some of you may have received an email at the beginning of this month titled “e-Manifest Billing Notification.” This means that – at long last – the EPA’s new electronic manifest system is live. From now on, all waste treatment/disposal facilities (TSDs) are expected to file their waste manifests with the EPA every month. The EPA will then bill each TSD at the beginning of each month, depending on how many manifests each generator files last month (and depending on what format those manifests are filed in).

Ranging from $5 to $15 per manifest, these bills are likely to add up for some TSDs. However, the e-Manifest system will not just impact those who directly have to pay the bills; the regulation will also impact waste generators and transporters. Let’s go through some expected effects of the e-Manifest system.

The e-Manifest Bills Effect of TSDs

The most proximate effect of the e-Manifest system is going to be the increased fees on TSDs. Under the same basic framework announced two years ago, the EPA has set a fee structure based on the cost of processing each manifest. The fee structure is as follows:

Surprisingly, the current fee structure does not charge users extra for any “premium” services. This means that consolidated shipments, split shipments, and other more complicated manifest submissions will all cost the same amount. This may provide opportunities for cost savings by consolidating smaller shipments prior to submission of manifests.

What About Everyone Else?

It is highly unlikely that the TSDs will bear the entire cost of the e-Manifest system. Quite to the contrary, one would usually expect the cost to be passed on (at least in part) to waste transporters and generators. This will probably mean rising prices throughout the waste management process.

Another way generators and transporters are likely to be impacted is in how they sign for the waste shipment. As noted above, the TSDs will be subject to a significantly lower charge if they can get all parties to sign for the manifest electronically. This means that some generators and transporters will be asked by their TSDs to create accounts in the e-Manifest system.

Over the next few months, TSDs are going to be scrambling to reduce their costs under e-Manifest. Some may do this by passing the cost on to transporters and generators. Some may try to reduce the number of manifests they submit through consolidation. Others will try to make process changes to ensure that they are billed at the lowest possible rate.

Quantum can help with that! Our tested-and-proved Waste Manifest software now comes with enhancements for e-Manifest integration, allowing TSDs to quickly submit electronic manifest records to the EPA, avoiding the more expensive rates.