SDSs and the One-Size-Fits-All Myth

Home/GHS, MSDS to SDS Conversion/SDSs and the One-Size-Fits-All Myth
Previous Next

SDSs and the One-Size-Fits-All Myth

The stated purpose of the Globally Harmonized System for Reporting and Labeling of Chemicals (GHS) is to standardize chemical reporting protocols across national borders. In theory, this is a great idea; international transportation and sales will be expedited and overall hazard communication will be clearer, resulting in fewer accidents and injuries.

However, there are a number of reasons GHS cannot provide this kind of worldwide consistency. The GHS standard itself has many different 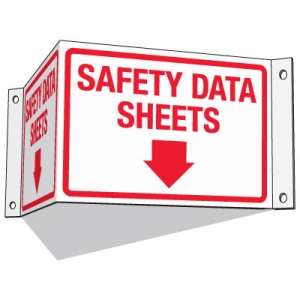 revisions, and the version in use differs greatly between countries based on their own preferences. For example, GHS is currently on its 5th revision, but the US HCS 2012 is based on the 3rd revision (published in 2009). The available GHS options also differ between languages – for instance, some standardized phrases can change meanings with translation.

On top of the lack of rigorous standardization, the GHS leaves room for regional information that varies from nation to nation. Some have criticized this, but the complaint is a fairly benign one since this openness only adds new data in certain countries rather than omitting information.

Even though the system cannot provide the complete standardization for which it aims, converting your Material Safety Data Sheets (MSDSs) to Safety Data Sheets (SDSs) is still useful on a number of levels.  First and foremost, many countries’ government regulatory agencies require the change – failure to convert can result in serious fines.

GHS is helpful for more than just avoiding citations, though. For one, any standard is better than having an unregulated set of safety protocols that differ greatly across countries. The hazard communication symbols and categories may differ from revision to revision, but they are still similar and provide some sense of consistency. The more familiar workers are with any hazcom system, the fewer accidents and injuries will occur. The similarities between standards also help to make transportation easier, since most countries will have some sense of familiarity with GHS hazard symbols and so will be able to figure out new systems more easily.