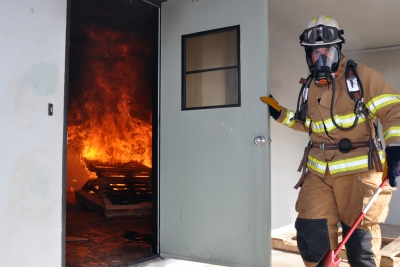 In 2013, a fire broke out at the West Fertilizer Company, killing 15 people and injuring hundreds of employees and community members. The fertilizer company was located in West, Texas (a small town about 80 miles away from Dallad) and the explosion put members of that nearby town in serious danger: homes burned to the ground and apartment buildings crumbled; businesses were destroyed beyond repair.

The United States’ Chemical Safety Board (CSB) investigated this accident and found several severe safety missteps along the way. In a video about their findings, the CSB revealed that the company not only failed to store ammonium nitrate properly but also did not warn community members of West about the possible danger onsite as the town expanded.

That video features an animation of the fire as well as interviews with key members of the CSB investigative group. One such member is Chairperson Vanessa Sutherland, who spoke about the findings at length and described this incident as “One of the most destructive explosions ever investigated by the CSB.”

The CSB provided safety recommendations as well as investigative findings, most of which could have easily been fixed using processes inherent to good safety plans that employ comprehensive safety softwares. One key mistake identified was “poor hazard awareness,” a phenomenon that safety softwares specifically combat through their comprehensive chemical hazard indices and training programs. Because the company did not think to use such a software, they were unaware that their storage practices – in this case, leaving 40 to 60 tons of ammonium nitrate in two flammable plywood bins – were so incredibly hazardous.

The ammonium nitrate that West Fertilizer used is usually safe under standard conditions, but becomes incredibly dangerous when fire and contaminants are present. Understanding this would have allowed the company to create better storage systems and thus save over a dozen lives.

Not all safety missteps are quite so hazardous, thankfully. However, any chemical hazard mistakes can become dangerous immediately. Using safety software ensures thorough knowledge of safety hazards and chemical safety protocols, and so that software needs to be an essential part of any industrial operation.