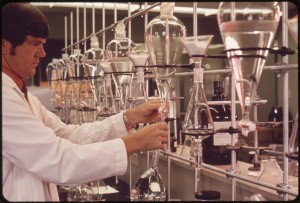 The Frank R. Lautenberg Chemical Safety for the 21st Century Act was approved by the House of Representatives last week, and it seems quite likely that it will soon be passed into law. The bill is essentially a complete overhaul of the Toxic Substances Control Act of 1976, which has long been viewed as weak and arbitrary. The regulatory changes included in the new law will strengthen and standardize chemical regulation in the US.

Under the new law, every new chemical, chemical use, or process is automatically reviewed by the EPA. If the EPA determines that the new chemical is unsafe under the current use conditions, they must put the chemical under regulation.

Under the proposed law, every change a company makes to its processes must be weighed against risk, or else fall victim to regulation. Having access to expert EH&S consulting services can help companies make that calculation, ensuring the safety of their workers, the integrity of the environment, and the companies’ freedom from EPA interference.

In the entire time the TSCA has been in effect, the EPA has only managed to restrict the use of five chemicals with it (of which one restriction was overturned). To correct this, the new bill institutes a “minimum through-put” for the EPA’s chemical regulators. The EPA will be required to screen at least 20 chemicals in the first year, with the number expanding to 50 after five years.

The new bill also includes several provisions that will make chemical testing faster and easier for both regulators and businesses. Generally, the burden of testing chemicals and processes will rest with the EPA, except when the EPA decided to outsource testing to a private firm or state agency (which will be reimbursed for their trouble).

Because of these provisions, this proposed bill will likely result in rapid and continuing changes to the regulatory landscape in the US. Businesses will need to stay ahead of these changes, or else rack up fines and expose their employees to undue risk. Quantum can help keep track of regulatory changes, saving businesses time and money.