We are still working for our clients all over the world! Following COVID-19 guidelines for protecting employees and clients, our Ann Arbor office will be working remotely so your business will not be delayed or impacted!

Return on Safety (ROS): A Lesson from the Best

Return on Safety (ROS): A Lesson from the Best 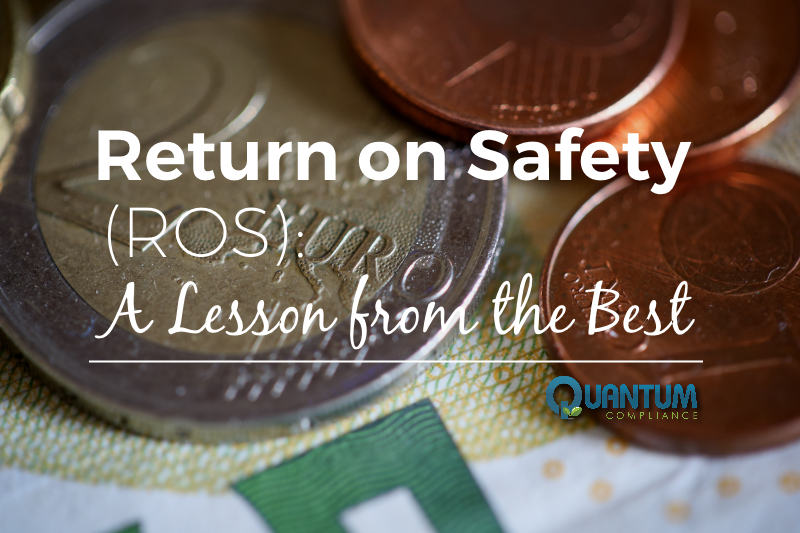 Between 1987 and 1999, the lightweight metals and manufacturing company, Alcoa, saw their shares rise more than 600% and net income increase by five times.  One word describes these 12 years: Success.

How did Alcoa reach such heights in these 12 years?  Under the leadership of then new CEO, Paul O’Neill, the company underwent an internal transformation.  In his first public appearance as CEO of Alcoa in October 1987, Paul O’Neill announced his primary focus, above all else including profit margins, would be worker safety.

Paul O’Neill’s success with Alcoa is now clearly measurable in terms of improved margins and cash flow, but his journey to success was not as clear-cut.  Shareholders and analysts were shocked to hear the new CEO wanted to focus on safety as opposed to profitability when the stock price had barely moved for four years.

The best company leaders are able to identify risks that have a negative impact on the company’s equity and reputation.  Paul O’Neill’s effort as CEO trail blazed the path to showcase the positive impact safety has on an organization.  With the recent 82% increase in the maximum OSHA fine, companies need to focus on safety more than ever before to avoid hefty fines.

In 1987 there was very little evidence behind the benefits of investing in safety.  Today, multiple reports point to investments in worker safety improving production quality, reputation, and profitability.  A study conducted by the Aberdeen Group segmented companies into three categories based on safety metrics and culture, 1. Best-in-Class, 2. Industry Average, 3. Laggards.

One of Paul O’Neill’s winning strategies was to make real-time safety statistics available for Alcoa’s 28 business units.  Although the Internet was just emerging in the 1990, a real time safety data system was built directly into Alcoa’s operating system.  With the data accumulated, Alcoa was able to act upon potential risks before they became incidents.  Reporting near-miss incidents prevents the possibility of a repeat near-miss incident, or incident, from happening.

Furthermore, Paul O’Neill’s commitment to safety revealed operational flaws.  O’Neill opened communication levels to the entire company by providing his home phone number to every front line worker.  He wanted to know personally if any managers failed to follow up promptly on safety requests.  This open communication led to an hourly worker making a suggestion that doubled his plant’s productivity.  Not only was productivity increased with safety as the focus, the company fostered a new level of transparency and teamwork.

Keep Paul’s story in mind.  Perhaps YOU could be the reason your company reaches new heights.  Advocate for safety and success!

This site uses Akismet to reduce spam. Learn how your comment data is processed.