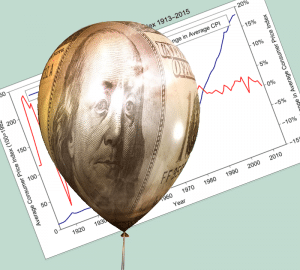 OSHA set their current fines back in 1990, and haven’t changed them since. This is a problem, since the prices of goods and services tend to increase over time, leading to a decrease in the value of each dollar. This effect is known as inflation, and it’s eroded about 44% of the dollar’s value since 1990. The net effect of this is that OSHA’s fines have actually been constantly decreasing over the last 26 years. What was intended to be a $70,000 penalty in 1990 is only worth about $38,000 in terms of purchasing power.

This state of affairs began to change late last year, when Congress passed the Bipartisan Budget Act of 2015. This act contains a section requiring all federal fines to be adjusted at the end of each year to match inflation. In addition to these annual increases, Congress also ordered a one-time increase to offset a quarter century of inflation. This one-time increase is set to take place a week from today.

On August 1st, OSHA’s maximum penalties will increase by 78%. Although the agency is still allowed to fine companies below the maximum amount, it is reasonable to expect that penalties on the whole will increase by a similar amount.

It might be surprising, but inflation can add up to a lot over the years.

There are several measurements for inflation, but the US government typically uses the Consumer Price Index. The CPI takes the combined price of a combination of goods and services (for example, a loaf of bread and a gallon of gas) and compares them to the price of the same goods and services a month earlier.

If you add up every month from 1990 to now, you’ll find that prices have increased by around 78%. The federal government figures that if everything else is more expensive, it’s only fair for fines to be more expensive too.

What Does this Mean for Me?

All else being equal, you can expect the fine for any non-compliance to increase by 78%. You have to re-evaluate which safety measures are worth the effort for your company, and make changes to compensate. All together, we can expect this change to make workplace safety a higher priority than ever before.